We’ve been talking about The World’s Strongest Dog’s lately and we’ve pointed out how a dog’s strength, in most cases,  can be determined by pulling strength or bite force. There is however another type of strength that really can’t be measured on charts and is ultimately impossible to compare between different breeds. That strength is called “The Power of Living”.

Oogy (“an affectionate derivative of ugly”), a beautiful white Dogo Argentino, whose story we totally recommend you take a few minutes to review, is a very inspiring one. It’s a story about a true fighter. He survived the brutality of being a bait dog while still a pup and thanks to Larry Levin and his family who rescued him after being left to die, had the opportunity to show the world what “strength” really means.

He is an example and inspiration of how even the toughest life situations can be overcome if there is determination, love and a will to live. How on earth can that type of strength me measured?

He was found severely injured, missing an ear and with deep scars riddling the side of his face. He lay hurt and in a cage without food or water for at least 5 days before he was found by police.

They were told about his horrific ordeal and learned he was homeless. That’s when they decided to adopt him. Oogy’s beautiful spirit deeply affected his family and also had a strong impact on everyone who met him. (….) Oogy’s story not only helped raise awareness about the horrors of dog fighting but also inspires others to face challenges with courage and love like he did. 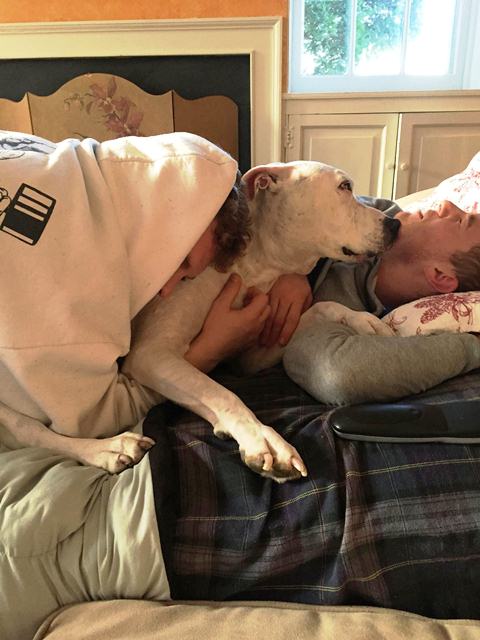 After 13 wonderful years together, Oogy’s family announced he passed away. “We covered Oogy with kisses. He kissed us back. This morning I fed Oogy a bison filet. I put moisturizer on his big fat nose and drops in his eyes so they wouldn’t itch, just like I do every day, and I put his warm orange coat on him, the one that Linda gave him (…).

“We went through so much together and I can’t tell you how much he meant to me. He gave me the life I have. He brought me joy every single day for the last 12 years. Every single day.

As Levin says (…) “This dog is living proof you can go through the most obscene experience imaginable and come out the other side and find love on the other side.” 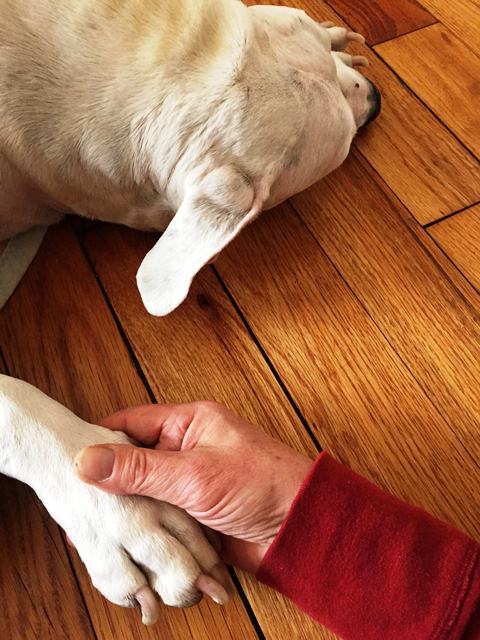 Share this with friends and family. Help us spread the word: “DOGS are the BEST.”